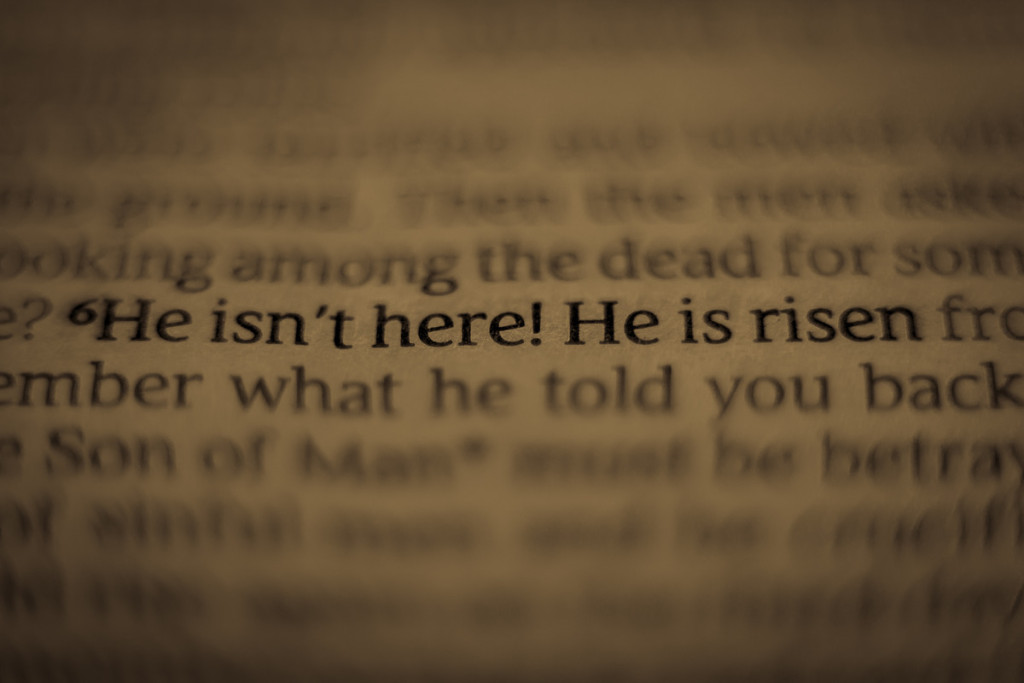 Crucifixion was the most shameful, vile way to die and was unparalleled for brutality and humiliation.

In the garden of Eden, God poured out His love by creating humankind. In the garden of Gethsemane, Jesus the Christ sweat drops of blood in agony as He anticipated His crucifixion.

Up a hill called Golgotha our Lord’s feet stumbled as He carried His own cross. While they tortured and ridiculed Him, nailing His hands and feet to the cross, Jesus remained silent—except to ask for God’s mercy, not on Himself but on those who drove the nails.

For hours, He hung; the weight of all the sin of the world balanced between the narrow beams of wood.

This isn’t fiction, and it isn’t a dramatization.

Not only was Jesus the King of the Jews, He was the King of all kings. Rejected by the sheep of Israel, the Messiah stretched out His arms in submission to His Father God, unwilling that any of them should perish in their sin.

And behold, the curtain of the temple was torn in two, from top to bottom. And the earth shook, and the rocks were split. Matthew 27:51

And here’s where it comes together—this story that can be traced from Genesis. The curtain was torn. Gone. Eliminated. Unnecessary.

No longer does separation divide a Holy God from us because the Christ has come to bring us near. Jesus became the ultimate Lamb, sacrificed on Passover, covering us with the blood of reconciliation forever.

How could it be, you ask?

Why would He rescue us?

I don’t know completely, but I do know this: He did, and as a result, you and I stand in the shadow of redemption.

Christ’s lifeless body was wrapped in a linen shroud and placed in a tomb cut from stone. To close off the tomb, a large stone was placed at the entrance.

As tradition dictated, the women would treat Christ’s body with a blend of different spices after His death. Taking the spices they prepared, several of the women who had known Jesus went to His tomb after the Sabbath, wondering how they were going to move the heavy stone to get to the body of their beloved friend.

When they got there, the stone was pushed aside, the entrance wide open for vandalism. With so much hatred aimed toward Christ, it was easy to imagine someone would have come and taken His remains. But their panic was short-lived, as an angel spoke from inside the tomb.

They stared, mystified. All that remained of Christ’s burial was His linen cloth, folded where He once lay. They stumbled back to the disciples, shouting the good news, but it was hard to believe; after all, He was dead and buried.

I think about what the disciples must have felt when they heard the news. I imagine they were elated, overwhelmed, and desperate to see Him with their own eyes. But I also wonder if they were hesitant to trust that it was true. They had seen Jesus bring people back to life. They had seen the seas calm in response to His voice. They had witnessed health where sickness had reigned and prayer that commanded peace.

I wasn’t there, so I didn’t see it firsthand, but I have seen what I would call miracles in my own life. I’ve felt His presence, His power, and His tenderness toward me in undeniable ways. I suppose you could say I have been to the tomb, and I’ve stretched my neck to get a glimpse of His deity, only to find the evidence He has left behind.

I haven’t seen Him face to face, and I haven’t touched the hem of His robe. I have heard the voice of Mary the Magdalene in my mind, “He healed me from demons—only God could do that. And now … well, now … the tomb is empty. He was, is, and will always be the Christ.”

This is an excerpt from Seamless by Angie Smith.