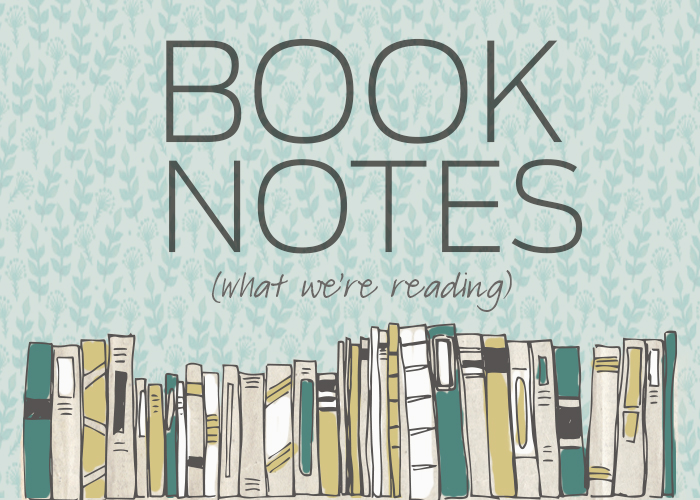 Each month, you’ll hear from one of us what we’re reading and a little bit about the book. Enjoy!

A few of us have read The Secret Thoughts of an Unlikely Convert: An English Professor’s Journey into Christian Faith by Rosaria Champagne Butterfield.

Rosaria, by the standards of many, was living a very good life. She had a tenured position at a large university in a field for which she cared deeply. She owned two homes with her partner, in which they provided hospitality to students and activists that were looking to make a difference in the world. There, her partner rehabilitated abandoned and abused dogs. In the community, Rosaria was involved in volunteer work. At the university, she was a respected advisor of students and her department’s curriculum.

Then, in her late 30s, Rosaria encountered something that turned her world upside down—the idea that Christianity, a religion that she had regarded as problematic and sometimes downright damaging, might be right about who God was, an idea that flew in the face of the people and causes that she most loved. What follows is a story of what she describes as a “train wreck” at the hand of the supernatural. The book contains her secret thoughts about those events, written as only a reflective English professor could.

The quotes that challenged us—and stung a little bit, too:

“The lesbian community was accepting and welcoming while the Christian community appeared (and too often is) exclusive, judgmental, scornful, and afraid of diversity.”

“I think that churches would be places of greater intimacy and growth in Christ if people stopped lying about what we need, what we fear, where we fail, and how we sin. I think that many of us have a hard time believing the God we believe in, when the going gets tough.”

What we appreciate about the book:

Rosario’s experiences, shared honestly, cause us to think about how we (as Christians) approach non-believers, how we approach sinners. We are impressed with the approach she describes Ken taking in the book—he simply invited her into his home for dinner.

“Ken and Floy did something at the meal that has a long Christian history but has been functionally lost in too many Christian homes. Ken and Floy invited the stranger in—not to scapegoat me, but to  listen and to learn and to dialogue … If Ken and Floy had invited me to church at that first meal I would have careened like a skateboard on a cliff, and would have never come back.” Knowing that going to church would have been too much, too soon, Rosario writes, “Ken was willing to bring the church to me.”

Get to Know Rosaria:

Check out this interview with Russell Moore and Rosaria Butterfield.

Christianity Today published an article by Rosaria about her conversion. You can read it here.

Join @ruthchousimons, along with more of your favo

New on the #MARKEDpodcast: we sat down with Yuliya

Join @jackiehillperry for the Glory Simulcast on J