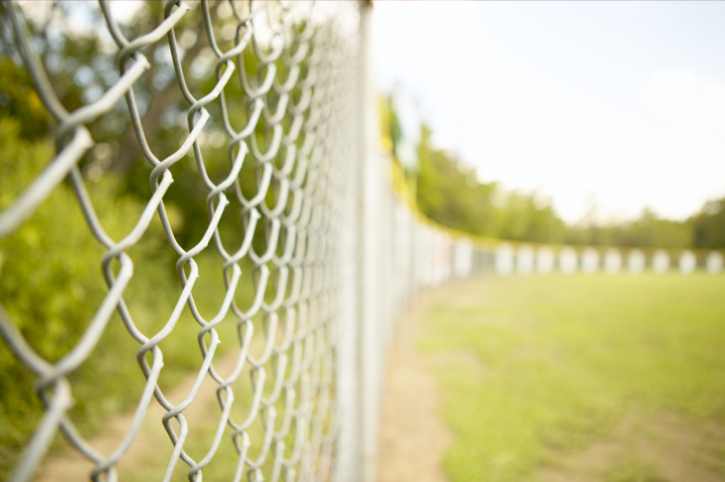 As Little League parents, Phil and I had our game day routine down. We’d set up our chairs, unfold the blankets, and pull our drinks out of the cooler. On this particular day, we were set up on the sidelines of Little League field number four, prepared to watch the Defenders—our son’s team—face the Hornets. We were feeling pretty comfortable until a fellow team parent walked by and let us know that we were at the wrong field!

“We’ll just sit here while the boys warm up and then we’ll move,” Phil said.

As we were chatting, I heard someone near me fiddling with a chair. “May I sit here?” a woman asked.

“Sure,” I said, “but we’re only going to be here a few more minutes. We’re at the wrong field.”

As if she hadn’t heard a word I said, the woman began, “My name is Mavis. My husband is a scorekeeper, so I spend lots of time on the ball field.”

I offered a polite, “Hmmm…” as Mavis continued. And what ensued was a brief—or perhaps not-so-brief!—history of all things Mavis. She told me where she was from, how many siblings she had, where she was in the birth order—and why she liked it. I also found out what her parents did for a living, when they died, how she met her husband, the names of her children—and their spouses as well as their pets. I even discovered her favorite dessert. Whew! But that wasn’t all. By the time Mavis had finished, I knew her preferred laundry soap brand as well as her favorite bra designer. Seriously!

I must admit I wasn’t sorry when it was time to move to the other ball field. Mavis was a sweet lady, but man, she was a little too chatty and self-absorbed for my taste.

Mavis had been draining, and I was already running on empty. I’d had a hectic week, and my agenda for the day at the ball field didn’t even include paying attention to the game. No, my agenda was made pretty obvious by the stuff in my bag—my latest iPhone download (a C.S. Lewis audiobook) and some decadent dark chocolate. I was plotting to sneak in my earbuds, hide the dark chocolate under my blanket, and stare at the Defenders on the field all the while listening to Reflections on the Psalms. I’d even schemed to clap when Phil clapped and whoop and howl when he did so I could hide what I was really doing!

And then I heard a familiar voice: “I brought my craft bag.” The next thing I knew, Mavis was setting her chair next to ours and telling us we “looked crafty.” When Phil chuckled, she reprimanded, “You’re the age of my son. He’s not too old to do crafts with his mother, and neither are you.”

With that pronouncement, she passed my almost-50-year-old Ph.D. husband some tissues. “We’re going to make babies in a blanket,” she explained with total seriousness. “My Uncle Seth used to do this with a real handkerchief. Did I tell you he was my favorite uncle? He was in the Army.…”

I couldn’t believe it! So much for spending my afternoon listening to C.S. Lewis, nibbling dark chocolate, and getting some much-needed “me” time.

Step by step, Mavis explained how to fold the tissues. We followed along, and within several minutes, we each held a tissue paper baby in a blanket. Then she said, “Oh, pardon me, sometimes I just break out in song.” Seriously—she really said that. And then she demonstrated: “He’s still working on me….” The old tune bellowed from deep in her soul.

Mavis nudged my elbow. “You know it, don’t you?” How did she know that I knew it? But I did. I’d learned it as a girl growing up in church.

“Sing with me!” Mavis insisted. And so I sang, “It took Him just a week to make the moon and stars, the sun and the earth and Jupiter and Mars. How loving and patient He must because He’s still workin’ on me.”

My new friend was positively gleeful that she had found a singing buddy. I, on the other hand, was positively embarrassed as Phil discreetly whispered, “People are watching.” Swallowing my pride, I tried to focus on Mavis rather than on myself, thinking that the song was almost over. But then she immediately dove into “The Longer I Serve Him, the Sweeter He Grows.” Great, I thought. I know that one too. Mavis pressed her elbow against mine again, as if to say, “Keep singing!” So I did.

I couldn’t believe I was singing a gospel duet with a flamboyant, slightly off-pitch, very loud stranger at the Little League field. But something in me had begun to soften. Something about the song lyrics and the way Mavis sang them so sincerely made me realize which of the two of us was the self-absorbed and self-centered one that day—and it wasn’t Mavis.

The Paradox of Hedonism

Throughout that day at the ball field, one of Mavis’s songs kept running through my mind: The longer I serve Him, the sweeter He grows.

It’s true. The longer I serve Him, the sweeter He grows, the sweeter life grows, and everything becomes better and better as He becomes my focus.

But that sentiment does not apply to my self-serving tendencies. The longer I serve me, the worse things get and the more bitter, insecure, discontent, and self-centered I become. When it’s all about me—my wisdom, my wants, and my ways—the less sweet life is.

Think of our girl Gomer. She served herself, didn’t she? She left Hosea for other lovers, expecting to get something bigger and better. But did she?

Gomer operated according to a basic reality of human experience that we can all relate to. Philosophers call it the paradox of hedonism. Ever heard of it? Even if you haven’t, you’ve lived it. I sure have. We all have.

The paradox of hedonism is also called the pleasure paradox. It’s a concept in ethics that says pleasure cannot be acquired directly; it can only be acquired indirectly. In other words, the harder you try to find happiness, the further from you happiness goes. Or the more you try to serve yourself, the more dissatisfied you become.

William Bennett expressed it this way: “Happiness is like a cat. If you try to coax it or call it, it will avoid you. It will never come. But if you pay no attention to it and go about your business, you’ll find it rubbing against your legs and jumping into your lap.” That’s a purr-fect example, isn’t it? (I know, sorry! I couldn’t resist.)

When we are focused on me and myself, what I want and who I am, we will never be satisfied. Hosea captured the concept like this: “They will eat but not be satisfied; they will be promiscuous but not multiply. For they have abandoned their devotion to the Lord” (Hosea 4:10 hcbs).

Put simply, the end result of turning toward our idols is not satisfaction; it’s an empty, unhappy identity crisis. 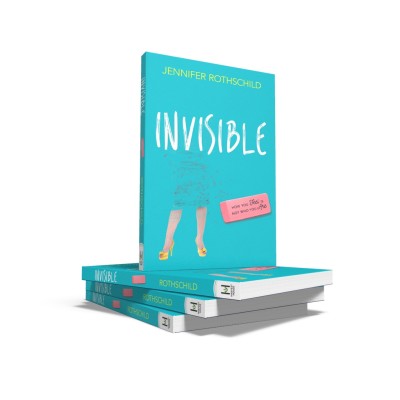 This is an excerpt from Jennifer Rothschild’s new book, Invisible. You can preorder the book at www.theInvisibleBook.org during release week and get a free audio book (plus other perks)!

Imagine if Heaven recorded these words: "In the ye

"When we examine Scripture and see examples of God

"Remember hos God has been faithful in history - i