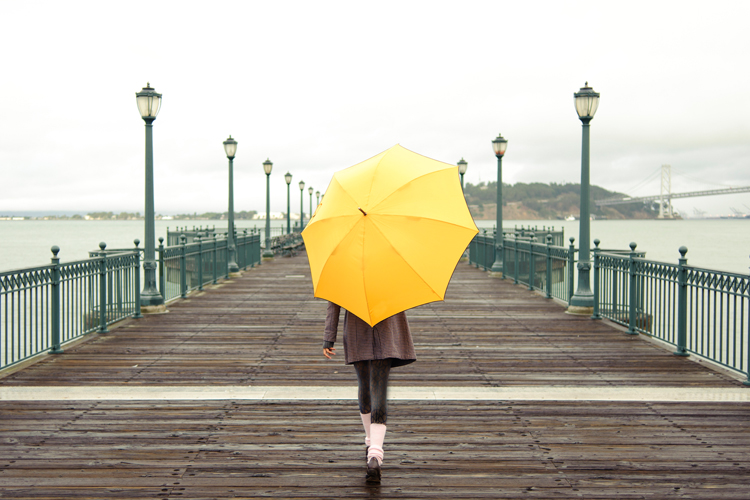 There are three significant life moments when I declared, I’m releasing this. I’m going to go mad trying to control every piece, and that’s no way to live. Instead I’m going to hold it open and trust Your way is better than my pithy plans. Even though my plans seem like a really great idea right now.

The first time I recognized my body nearing panic mode I was laying on a beach. In Spain. Yes, I know it sounds relaxing, but my insides were a wreck. Bryan and I were taking tender steps toward dating, and a recent conversation left me feeling confused and doubtful of us. I wanted to ball all my thoughts together and force them into his brain so he’d feel the same. Except I wasn’t in charge of his brain. It was the first time I told God, I’m done. I’m releasing my control of how I want this relationship to go. If it works, then I’ll know it’s something You’re doing, not me.

Releasing my plans brought unspeakable peace. A freedom that came when I realized I’m not in charge. The more I try to control, the less I enjoy life.

Release #2 came weeks after my dad’s sudden passing. I remember sitting outside on our worn patio bench and admitting, I don’t have anything left for anyone. I sensed God’s nearness in a profoundly personal, I’ve-got-you sorta way. That moment was a faith trajectory, an invitational rhythm: release for peace. A second time where ultimately, I chose to hold loss open and trust.
And hope.
And remember that He has me.

And then a week before my first book released, I found myself at a third pivotal release. I was an emotion-full, on-the-brink-of-panic wreck. I enjoyed every part of the book-writing process but felt every feeling under the sun about launching it while trying to maintain friendships and work and be a great mom and wife. And at any given moment I could grab the knot in my stomach, the ulcery one that rose then fell and threatened to come out in anxiety or screams or tears. I recognized the reflection—the very girl I left behind, the very story I was thrilled to record on fresh pages—and I found myself falling back into her.

The girl I left behind, who felt like she had to run a million miles ahead and not be so dang emotional, she should publicize and platform grow and network 24/7. She should do it all perfectly and seamlessly.

She is everything I don’t want to be. What I want is to release. And the freeing part is I can release her.

He’s got this. He’s got you. He’s got me even when I revert to her.

If God’s asked us to do something and we’re nearing anxiety rocket levels, chances are, we’ve fallen back into trying to take control.

If He’s asked me to communicate my heart with words and stories, I need to trust that He’s not going to teach me about releasing panic only to lead me down that pattern again. No, He’s going to give a chance to trust the life-changing lessons and respond sooner. And so I tell that girl I left behind that no amount of books will change the trajectory of His plan. It’s going to be good. Better than good. Because releasing frees her, frees you, frees all of us to walk in peace.

If He’s asked you to live in peace, do you trust He’s got you even when it doesn’t look like you thought it would?

I’m taking my own medicine. I’m giving it my all and working hard, but then I’m listening to when the panic rises and I’m releasing. Releasing it all. Future. Kids. Relationships. Marriage. Dreams. I’m claiming His peace because that’s where life is so richly lived. When control settles into self-manufactured habits, I notice, This isn’t how it’s supposed to be. This isn’t peace.

I’m back where I began. A girl holding her hands open after releasing love, grief, and a dream and saying, God I’m handing this to You. Do what You do best.

When I look at those pivotal release circumstances, I see a husband. I see faith awareness. I see peace gifts that can’t be forced or man-made.

Friends, if you are a in a space where you feel panicky and frantic to make things happen in fast-forward, or find your inner fan is turned to the highest level, making it impossible to breathe or laugh or settle into your skin, know this: Peace is near. Peace that’s real.

And maybe in order to experience it, we have to put down whatever we’re clinging to and release. An everyday Jane, Bekah Jane Pogue is passionate about encouraging and speaking to women about their identity and freedom in Jesus, to live intentionally, and to celebrate their created selves. Bekah trusts God is inviting His REAL self to be experienced through life’s pits and peaks. Her debut book, Choosing REAL: An Invitation to Celebrate When Life Doesn’t Go As Planned is about how faith and real life connect. When she’s not playing with her hubby, Bryan, and their two energetic sons, you’ll find her at the beach, reading, baking, rearranging furniture, flea marketing, speaking at retreats and conferences, and coaching writers. She’d love to connect with you at bekahpogue.com

Priscilla Shirer is coming to 5 cities later this

Mother's Day is May 9. Give your mom, grandmother,

Warm, summer days are just ahead, and it’s time